THE FLOWERS  ROOM is an immersive video art installation created by The Fake Factory.Since 2001, The Fake Factory has explored the computer’s potential to create both virtual and physical art forms that embrace the concept of space.
Through the use of immersion, interaction, and manipulation of both virtual and physical space, The Fake Factory has created powerful aesthetic environments that enable audiences to experience alternative realities. Immersive installations satisfy the viewer’s inherent desire to escape physical reality and become part of the art experience itself.

While the visitor moves in the space, the projections surround him everywhere, confusing the boundaries of the walls with those of ceiling and floor. The inner world is expanding to the outside.

A lifelong flow of constantly changing flowers wraps the spectator. 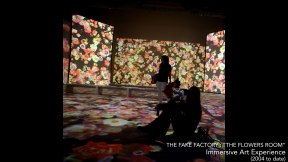 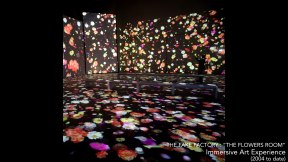 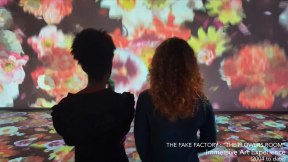 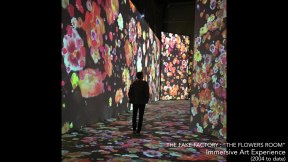 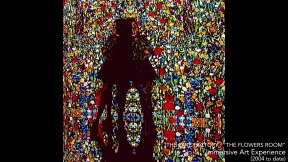 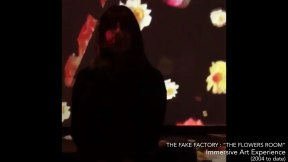 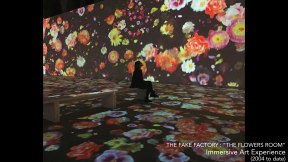 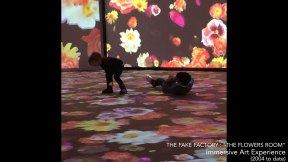 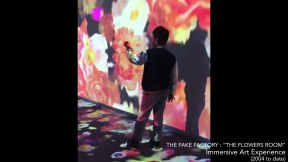 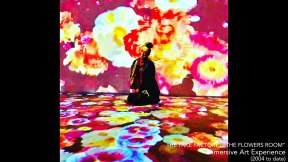 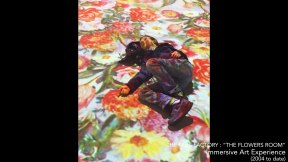 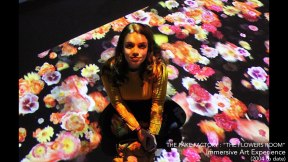